Settlers to Move Into the Abandoned Brunswick Farms 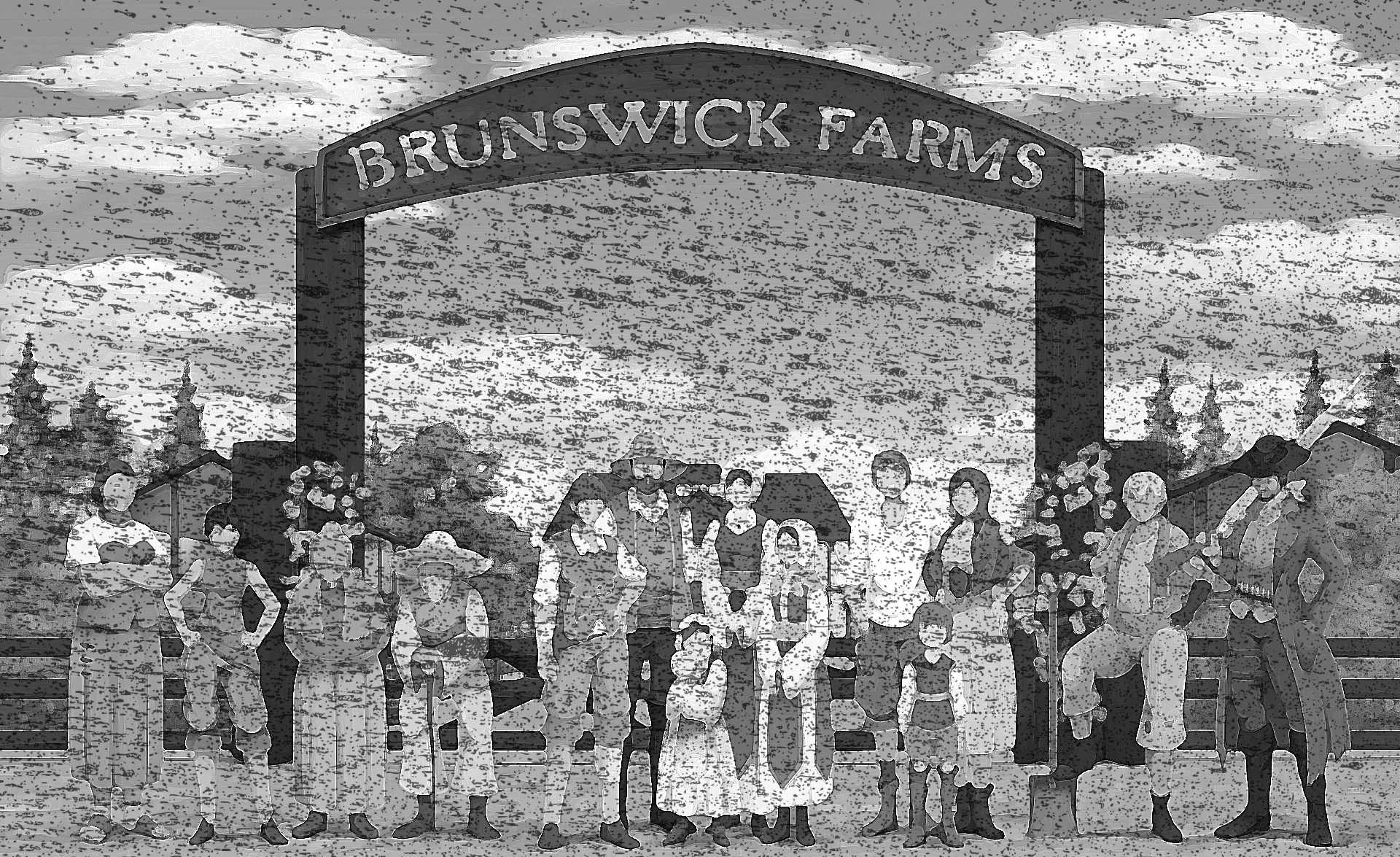 Peter Winthrop and seven other settlers just moved into the now-abandoned Brunswick Farms, a deserted settlement near the mountains of northern Anima, located somewhat close to Argus.

“Me, my family and my pals decided that the capital isn’t safe anymore. Darn faunus terrorists coming to blow up our school, well we ain’t having any of that. We’re moving into this nice old abandoned farm, just in time for spring,” Peter Winthrop told us, while chewing on a piece of tobacco.

“The main building has burned to the ground, but we see that people were here just recently, so they might have been scared off by the fire or somethin’. Other than that, the farm is basically in pristine condition, it’s a miracle nobody else settled in here before us.”

Peter Winthrop then quickly ran up to a smaller building after one of the children started screaming. He was chuckling to himself once he came back.

“People say that if we left in such a hurry, we must have had some skeletons in the closet. Well whaddaya know, my daughter Anne just found a couple skeletons in a closet herself! So I guess they weren’t wrong! I suppose those fellows were into spooky decorations.” Peter then continued laughing, followed by a burst of coughing. He then continued:

“I’m just dissapointed by the fact that the entire wine cellar was blown up. Some booze would have been great, I need to take my mind off things. There’s someone doing weird noises from the well. Must be those pesky faunus,” Peter grunted, shaking his fist to nobody in particular.

Peter’s teenage son George is also optimistic about his family’s new venture: “I was scared at first, but after staying here for a while, I feel like it’s going to be fine. We even found some books to read, like the memoirs of Bartleby, the previous owner of the farms. It feels like the last volume is missing, but that’s probably because they left to someplace warmer and finished up the book there.”

Peter Winthrop was also asked how he felt that official Mistral records state that Brunswick Farms were abandoned a few decades ago. Peter seemed surprised:

“Decades? But I swear it seems someone was here just recently. Well, doesn’t matter, all this talking is making me tired. I’m about to rest my head on a pillow now.”